The Sydney Bachelor of Architecture degree has a lively history. It was open to men and women from its first offering in 1918, but the inclusion of women was controversial. In 1972 a student strike shut down the school for two weeks; students demanded the degree be remade.

“In 1926… the University of Sydney put forward Marjorie [Holroyde nee] Hudson, a female student, for the award; and this really set the cat amongst the pigeons. And the document we have from the Board of Architects minutes effectively gives every single battle that women had to fight in terms of equality in the profession.”

You might think that university degrees are fairly static cultural products, that change slowly and in line with the often-lethargic institutions they’re created within. But university degrees perhaps reflect the world back to us, just as much as their purpose is to shape the world around us. In this sense, university degrees are firmly located in society. They’re a cultural product of society. They ebb and flow with the times. They adapt and change to suit the current social and political mood; and they should always be on the frontiers of the latest ideas. But sometimes these ideas need to be challenged.

“When we look at the history of the school – the history of any institution – we can recover the motivations behind the decision that have been taken over time”.

This episode of City Road is not your usual fare. We’re talking with Professor Andrew Leach, Associate Professor Lee Stickells, Daniel Ryan and Catherine Lassen about a book on the history of the School of Architecture, Design and Planning at the University of Sydney. The book is edited by Andrew and Lee, and our four guests have all written chapters. We’ve pulled four excerpts out of the book to tell you about the secret life of the Architecture Degree at the University of Sydney. And it’s a story that goes in some strange directions.

From the way the 1960s and 70s counter-culture movements and the ideas around free speech, civil rights, feminism, and anti-war dissent radically reshaped what was happening inside the university;

“Architecture schools around the world are also impacted by this broader dissent, they’re often part of it.”

To the way the ideas within the academy of architecture more broadly shaped the degree program. Writing about the work of Professor Jennifer Taylor (1935-2015) and her 1972 book Australian Identity: Houses for Sydney 1953-63, Catherine Lassen says;

“In good architecture, absolutely, there’s an internalising of the questions, and those things are up for grabs”.

Andrew Leach is Professor of Architecture at the University of Sydney. He writes on contemporary issues in the fields of architectural history, theory and criticism. His books include Manfredo Tafuri (2007), What is Architectural History? (2010) and Rome (2016), and include the edited collections Shifting Views (2008), Architecture, Disciplinarity and the Arts (2009), The Baroque in Architectural Culture, 1880-1980 (2015), Off the Plan (2016) and On Discomfort (2016). He has held two fellowships the Australian Research Council, and grants from the FWO (Flanders). Current work concerns the historiography of mannerism and the baroque over the long twentieth century, the recent history of architectural theory, the architecture and infrastructure of the early colonial Tasman world, and the urban and architectural history of the Gold Coast. 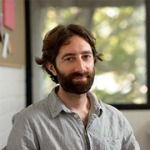 s Associate Professor in the Faculty of Architecture, Design and Planning. He teaches across the areas of architectural design, urban design and the architectural humanities. Lee’s overarching research interest is in connecting architectural experimentation to broader socio-cultural and technological transformations. He focuses particularly on alternative practices in architectural and environmental design from the 1960s onward, which have tended to challenge conventional disciplinary models – rethinking and reconfiguring mainstream education, professional practice, and capital-intensive production.

is an historian of architectural science and architecture in the tropics, focusing on Australasia and the Pacific. He is particularly interested in the changing environmental role of the house and its technologies during the twentieth century. His current doctoral research explores the translation of climatic ideas from tropical medicine to architecture and their entanglement with colonial politics. He also writes about Eileen Gray’s approach to climate and occasionally lectures about the conservation of her architecture. As a teacher primarily of sustainable design, Daniel Ryan challenges students to question the prevailing understanding of technical performance. His teaching pushes students to consider the possible experiences that technology can offer. He also is interested in the role of assessment in driving learning and is part of the University of Sydney’s assessment scholars’ network.

is an architect and Senior Lecturer in Architecture at the University of Sydney. Her research and teaching interests span modern Australian architectural history and contemporary representation and practice. She recently designed site-specific furniture pieces for art works by Yoko Ono, such as Play it by Trust, part of a major retrospective on the artist’s work held at the MCA Sydney. She co-authored a book on the architect Hugh Buhrich (House, Garry Anderson Gallery, 1991) also preparing large measured drawings for an exhibition on his work. Co-teaching with Glenn Murcutt for many years, in 2008 she co-curated a major international exhibition on his disciplinary approach (Thinking Drawing / Working Drawing) at Gallery Ma, Tokyo and co-authored the associated monographs. Her architectural work has been awarded, published and exhibited in Australia and internationally.