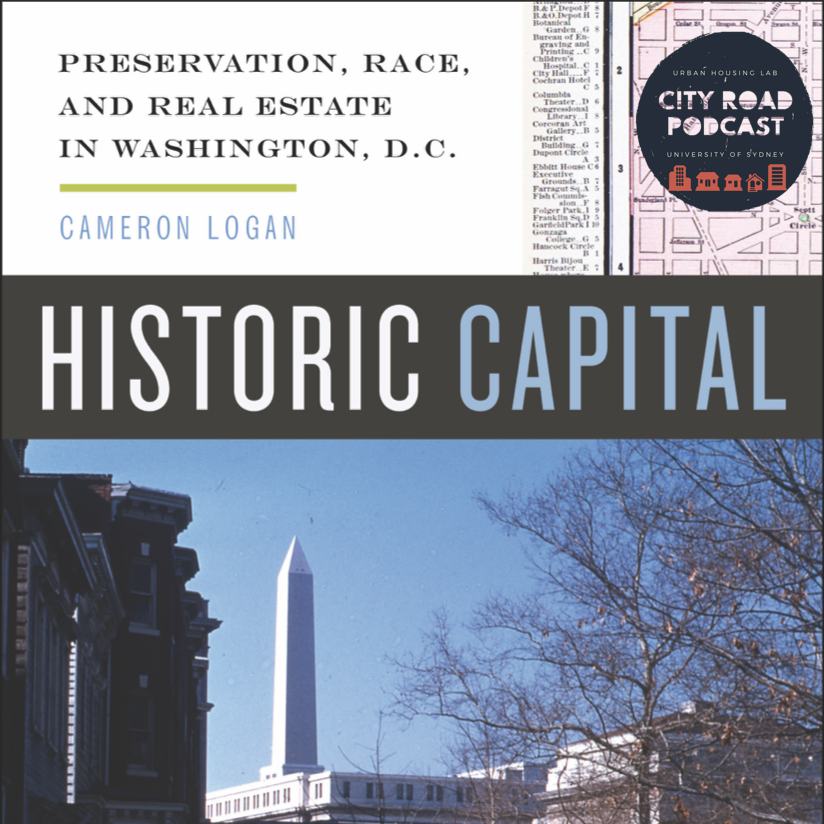 In Washington, DC, neighbourhood activists attempted to make themselves at home in their city by using the techniques of neighbourhood preservation. What became clear in that process is that those who control the historical narrative about a neighbourhood often have the power to shape its character and identity.

We talk to Cameron Logan, author of Historic Capital: Preservation, Race and Real Estate in Washington, DC., about the fragility of history and the battles over the past in the US. The physical landscape of Washington, DC, has been deeply shaped by grassroots citizen action organisations, especially preservation and restoration groups. These citizens groups sought to address issues of social and spatial justice through neighbourhood preservation. But as with most urban initiatives it produced unforeseen problems, and its benefits flowed disproportionately to those with established cultural and financial resources.

These benefits Cameron calls  ‘Historic Capital’, which is a particular kind of cultural capital that can be turned into real estate wealth. Just like any other social or spatial tension in cities, urban planning rules that preserve old dwellings and neighbourhoods are never apolitical. In Washington, DC, the displacement associated with the battles over preserving the past have a strong racial salience.

Dr Cameron Logan is an urban and architectural historian and the Director of the Postgraduate Program in Heritage Conservation in the School of Architecture, Design, and Planning at the University of Sydney.

2 thoughts on “History and Cities”